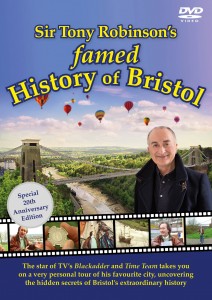 The star of TV’s Blackadder and Time Team, Sir Tony Robinson, reveals many of Bristol’s hidden historical secrets in a new DVD.

“It’s such a pleasure to be able to sing the praises of my favourite British city, show you its magnificent architecture, and tell some of its fascinating stories.” – Tony Robinson

Recently re-discovered by the award-winning, Bristol documentary company, Focus Productions, the film has been beautifully restored by technicians at Evolutions Bristol.

Director of the film, St Andrews resident Martin Weitz, says it is an extraordinary record of Bristol’s history, capturing rare images of the city which simply could not be filmed nowadays, including access to the secret tunnels and rivers under the city centre and a scene shot inside the pump room of the 18th century Hotwells Spa.

Other unique scenes include a visit deep into the bowels of the mysterious Redcliffe Caves – and rare pictures and mementos from inside the Clifton Rocks Railway.

The film captures Tony’s passion for history combined with his great sense of humour, for example, when he goes on board The SS Great Britain, he gives a highly entertaining recitation of a poem about a roly poly pudding in pure Blackadder style. 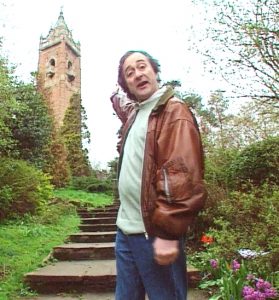 There’s a literally breathtaking ascent to the top of the Cabot Tower and an eye-opening visit to St Mary Redcliffe Church where he meets up with his alter ego, Baldrick’s “old friend Queenie”.

Tony finds “Queenie” standing there before him, because the famous church was once visited by Queen Elizabeth I – who described it as the fairest church in the land. As Tony cheekily points out in the film, “She would have known, she was the head of the Church!”

The film also captures the highly moving occasion when The Matthew, the Bristol-built replica of John Cabot’s tiny ship that discovered Newfoundland, sails down the River Avon, out into the open sea for the very first time.

In this candid investigation of Bristol’s history, Tony Robinson also delves into the Slave Trade when he visits Henbury Churchyard, in search of the grave of Scipio Africanus, a young slave brought to the city.

Sir Tony Robinson’s famed History of Bristol is available from Waterstones, The Galleries, Bristol and selected retailers for £9.99. It can also be ordered online from Amazon.co.uk.

You can also purchase it, online, through our store. 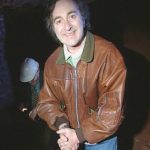 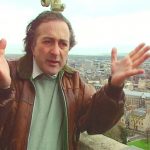 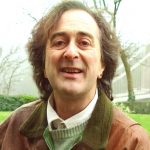 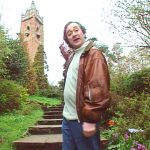 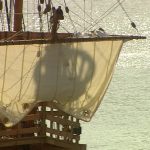 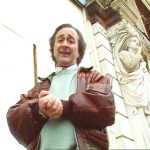